Counselling when a relationship ends ….and what is ‘gaslighting?’

I have been working on the ending of a relationship with Kate, a woman whose teenage daughter suggested to her that her own father was showing elements of ‘gaslighting’ towards her mother.

Gaslighting is a relatively new term for emotionally controlling behaviour in a relationship. It was at school that the daughter learnt about the creeping level of emotional abuse termed “Gaslighting” (from the title of a 1930s play, Gas Light, where a husband convinces his wife she is going insane by turning down the gas lights but telling her she is imagining it). Fans of The Archers will have lived through something similar in the Helen and Rob story.

Kate was shocked but reflected on it and realised her daughter was to some extent correct.

Kate came to me just after the marriage ended. Her experiences were much less extreme than those detailed in the BBC link about Gaslighting (below) but she was able to see that the relationship had brought her little in the way of nurture and left her feeling that she was not good enough.

These type of work, involving anger and grief, does not plot a steady upward line on a graph and often the client will bring issues that cause them to say “I feel like I’ve gone backwards this week.”

Kate spent our first sessions expressing distressed emotions about what was happening in her life right now: complicated money issues; her four children and their very different reactions to and feelings about their dad; his new girlfriend; the weight of day to day responsibility; how the two sets of parents were helping or harming the situation; the impossibility for her of imagining sex with anyone new …… to name a few.

Kate often said, “I am so angry!”  Anger isn’t a feeling in itself. It is a safer way of expressing other complex and maybe inaccessible feelings. We looked at the three which often drive people to an angry behaviour or reaction; powerlessness, fear and shame. You can well imagine that all three are at play when a relationship is ending.

Then, some time later, we dipped into investigating their married relationship; how it evolved and developed, its pinches and crunches, it’s patterns and rules. We looked at her family background too; what each partner brought in the way of learned behaviours. She could then hopefully reflect on this work and use it as a source of knowledge for the future.

Gradually Kate began to more consistently look ahead, at opportunities and challenges, at being ok to be on her own and not half of a couple, at herself as a sexual and sensual being with maybe new relationships ahead. She could see this change and realise that she was beginning to feel ok about herself.

Please note, while the scenarios are real, the names and identifying information have been changed to protect my clients’ identities. 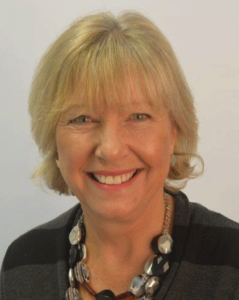